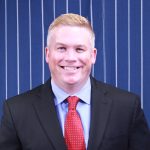 Mr. Gaughan has also been recognized by the American Institute of Legal Counsel as one of the “10 Best Estate Planning Attorneys” in the State of Kansas.

Mr. Gaughan sits on the Board of Governors of the American Academy of Estate Planning Attorneys.  Through his role in this organization, he works with estate planning attorneys throughout the United States to develop cutting-edge estate planning, tax planning, and elder law strategies.

Mr. Gaughan also recently published his first book, Midwest Estate Planning: A Guide for Your Family, co-authored with his lifelong friend and business partner Casey Connealy.  Mr. Gaughan and Mr. Connealy discovered that most existing estate planning books and articles are either so simple that they aren’t useful, or deal with such complicated (and unusual) topics that they aren’t helpful for ordinary people with ordinary issues.  As a result, they co-authored Midwest Estate Planning: A Guide for Your Family, a practical guide to the estate planning issues that impact everyday people in our area.

Mr. Gaughan is a lifelong resident of the Kansas City area.  He earned his Juris Doctor from the University of Missouri-Columbia School of Law in 2004, and his Bachelor of Science in Accounting from Rockhurst University in 2001.

Mr. Gaughan spends his spare moments frequenting local eateries with his wife Kristin, watching 80’s films with his three children, and smoking meat on his back patio.