Thank you for taking the time to learn about our neighboring city. The first city in Kansas, Leavenworth, was founded in 1854 as the foundation for settling the entire state. For a full appreciation of the immense history, take a walking or driving tour where you can learn more about the notable events and locations in the Leavenworth community.

Visit the many monuments in Leavenworth

Leavenworth, with its rich history, is home to many monuments that should not be missed. In memory of the 9th and 10th Cavalry Regiments of the Army, the Buffalo Soldier Monument was dedicated in 1992. Named by the Cheyenne warriors who respected the “Buffalo Soldiers,” the monument to them is open to the public every day.

The Berlin Wall Monument memorializes the historic barricade separating East and West Berlin during the Cold War. Once the Belin Wall was demolished in 1989, some of the concrete pieces were presented to President Reagan by the U.S. Commander of the Berlin Brigade.  Three of those sections were donated to Fort Leavenworth due to the influence of the U.S. Army Command and General Staff College.

The Fort Leavenworth National Cemetery was first established by President Lincoln in 1862, as one of the first fourteen national cemeteries created. It now serves as the final resting place for 23,000 veterans from each war since the War of 1812. The cemetery is also the resting place for nearly 150 Buffalo Soldiers.

The Carroll Mansion is home to the Leavenworth County Historical Society, which has been around for more than 60 years. The historic Edward Carroll House has been owned by the Society and opened in 1965 as a Victorian home museum. Last year marked the 50th anniversary of the Carroll House as a museum. The museum is listed on the National Registry of Historic Properties and is proudly known as the oldest museum in Leavenworth County. The museum attracts visitors throughout the year from all over the country.

Leavenworth is also home to many productive farms

At the Leavenworth Farmers Market you can find so many items, including fresh produce, bakery items, antiques, collectibles, vintage art, jewelry and crafts. The farmers market is open May through October on Saturdays from 7:00 a.m. until 12:00 noon, and on Wednesdays from 3:00 p.m. until 6:00 p.m. If you fancy a four-course meal, be sure to visit 2L Farms, which hosts a series of these dinners every year from June to September. This exciting series allows diners to eat at the source, while interacting with the farmers.  The menus are prepared with locally grown, harvested and produced ingredients. You can also schedule private events at the farm, as well.

Want to enjoy some farm picking with your family? The Kerby Farm Pumpkin Patch is a prime location for family fun near Leavenworth. You can pick your own pumpkins from September through October. You can also brave the corn maze and enjoy a hayride. At the Oregon Trail Farm, you can also pick your own fresh fruit and vegetables from the local farmer’s markets and other farms around the world.

Recognizing the benefits of farm planning 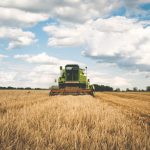 An estate plan is a framework for the disposition of your assets at the time of your death. For farmers or ranchers, having an appropriate estate plan can serve an even bigger purpose. When you pass on, it is crucial that a plan is put in place for a smooth transition of your farm or ranch, in terms of ownership and management. Planning ahead can provide security for your family, even those who are not actively involved in the farm. The execution of farm planning is complex and very important to the survival of that legacy.

Why is a farm estate plan important?

According to some, at least one-fourth of our nation’s farms will change hands in the next decade. In many cases, this means the family farm will be passed down to the next generation. When that happens, these lands become at risk of being converted to other uses. Farm planning is critical to our country because it guarantees that productive farms and ranches, like those in Kansas, will remain available for agriculture. Farm estate planning is also important for families who intend for their families to stay in the farming industry and maintain the legacy that has already been created.

What are the primary goals of farm planning?

A good estate plan for a farm or ranch needs to accomplish the following four goals:

Although a Will can be an important part of your overall estate plan, a Will alone does not secure the future of your family farm. If you have questions regarding farm planning matters, contact Gaughan & Connealy for a consultation either online or by calling us at (913) 262-2000.