Thank you for taking the time to find out about our connection to the Kansas City area! Missouri residents know that Kansas City, MO, on the border of the two great states of Missouri and Kansas, has so much to offer its residents and visitors alike! With its famous barbecue and jazz heritage, downtown K.C. is in a class all its own. The American Jazz Museum and the Negro Leagues Baseball Museum share space in the historic 18th & Vine Jazz District. While, the Nelson-Atkins Museum of Art, is home to a world-class art collection.

We proudly serve the residents of Kansas City, Missouri 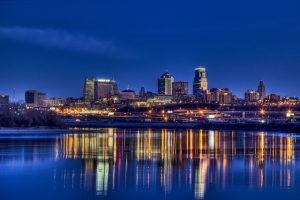 Kansas City, or K.C., is the largest city, and second largest metropolitan area, in the state of Missouri. The Kansas City metropolitan area straddles the Kansas–Missouri border. Sitting on Missouri’s western border, this uniquely modern city is located mostly in Jackson County, with portions of the city spilling into Clay, Cass, and Platte counties. Kansas City provides thousands of jobs to residents

The largest employer of Kansas City residents is the federal government, with more than 146 federal agencies. The Internal Revenue Service operates a large service center in Kansas City, which is one of only two sites to process paper tax returns. Amazingly, the IRS employs approximately 2,700 full-time employees in Kansas City, which increases to 4,000 during tax season.

What to do when in K.C., Missouri

If arts and entertainment are what you crave, there are so many options in Kansas City. Whether it’s Knuckleheads Saloon, a favorite nightlife spot, the Blue Room for jazz, or the Ameristar Casino Hotel, the night is full of excitement and fun. The Nelson-Atkins Museum of Art and the Kansas City Symphony provide that perfect balance of artful entertainment.

If sports and outdoor recreation are your thing, then you’re in for an adventure! Kansas City is definitely a sports-oriented community.  At Arrowhead Stadium you can catch an NFL game with the Kansas City Chiefs, including pre-game tailgate parties.  The area also has a Major League Baseball team, the Kansas City Royals, with games at Kauffman Stadium. If you like soccer, the Sporting Park stadium near the Village West retail center in Kansas City, the home of the 2013 MLS National Champions.

The Sprint Center, an area that seats more than 18,000 people, is Kansas City’s home for basketball, concerts, family shows, and special events.  The College Basketball Experience is a 41,500-square-foot entertainment facility that comprises interactive basketball exhibits and houses the National Collegiate Basketball Hall of Fame.

Kansas City’s brand new Go Ape Treetop Adventure is a two to three-hour outdoor adventure course featuring five zip lines and more than 40 treetop obstacles, all at heights of 40-50 feet in the trees. For NASCAR enthusiasts, there’s the Kansas Speedway, one of the premier racing facilities in the Midwest. The speedway hosts two NASCAR Sprint Cup Series races, a NASCAR XFINITY Series race, a NASCAR Camping World Truck Series race and the championship race of the ARCA Racing Series every year. In addition to racing, Kansas Speedway hosts various other events, such as the Richard Petty Driving Experience, the University of Kansas Treads and Threads fundraiser, and the March of Dimes Bikers for Babies. 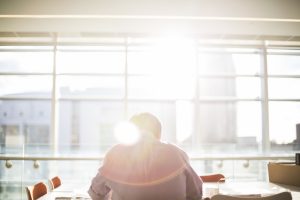 It is important for Kansas City residents to consider their retirement if they haven’t already. It usually takes more than a simple 401k and Social Security benefits to provide a comfortable retirement for most people. That’s why it is crucial that you are proactive and take your retirement into your own hands. Don’t be entirely dependent on government benefits or put all of your eggs in one basket. Retirement planning is versatile and unique to each client. At Gaughan & Connealy, we can provide the advice you need to create the perfect retirement plan.

One of the worst mistakes you can make in retirement planning is disregarding the likelihood of increasing health care costs. When you plan for retirement, you need to estimate what health care will likely by the time you actually retire. That is essential in order to accurately estimate your income needs for the future. In November 2015, the U.S. Bureau of Labor Statistics reported that consumers’ health care inflation was up 2.9 percent. Although most people assume that Medicare will be sufficient to cover their medical expenses during retirement, that is not necessarily a safe assumption. Relying on Medicare, Medicaid or Social Security as your primary financial resource for retirement is not a wise choice.

If you have questions regarding retirement, or any other estate planning matters, contact Gaughan & Connealy for a consultation either online or by calling us at (816) 974-3030.