Home » How Are You Planning for Long-Term Care (LTC) Expenses? 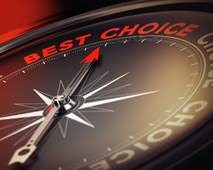 The odds are nearly even that you’ll need long-term care (LTC) after age 65, at least for a while. But, many people haven’t planned for that possibility in their retirement plan. LTC care costs about $86,000 per year nationally, according to a Genworth study. But, the costs vary dramatically from the least expensive state (Texas, about $55,000) to the most expensive state (Connecticut, about $150,000). Nearly one-half of those who need care need it for less than one year. However, a significant portion, 13%, needs the care for more than five years, according to the Department of Health and Human Services.

Most people think that all health needs after age 65 will be met by Medicare, albeit with some deductibles or coinsurance. That may be true to a degree with standard medical care, but it isn’t true when it comes to LTC coverage. Medicare will only pay for such care under very limited circumstances. First, you must have been in the hospital for at least three days prior to the LTC admission. Next, it must not be solely for custodial care. And, there’s still a maximum of 100 days to the benefit.

That means your retirement plan must consider some alternative means to provide a source of payment for those large future expenses. There are other insurance programs, other than Medicare which might be available. However, the number of insurers has been falling and the prices have been rising. According to the industry research firm LifePlans, the average premium for a LTC policy is $2,700 per year. Also, such a plan may not be available at all, depending upon your age and health condition when you seek such insurance.

Another alternative is self-insuring. However, few among us have the resources to self-insure for such a potentially large expense. Maybe you have children or other family willing to bear such a responsibility. But, as families spread out geographically, that becomes less and less practical. Because 34% of people who need LTC need the care for either 2-5 years or more than five years, if you are going to pay privately, it makes sense to plan for at least several years of expenses. Let’s say you plan for four years of expenses at $86,000 per year. That would be $344,000, not even considering future inflation. In some states, the bill for four years of LTC would be over $600,000. For some people who have an extra $600,000 to plan for retirement, perhaps self-insuring LTC expenses is an option. But, for most people, that simply isn’t a viable alternative.

Another option is Medicaid. Medicaid is a program administered jointly by the state and federal governments. It has asset limits to qualify. However, if you plan far enough in advance, you can arrange your financial affairs to meet those asset limits.

However, if you don’t plan ahead and you make transfers fewer than five years in advance of the need for Medicaid and LTC, the transfers will count against you and you would be penalized.

But, if you plan far enough ahead, you could make transfers of your assets into an irrevocable trust, perhaps benefiting your children or grandchildren, and it won’t count against you. You might even be able to keep the right to income from the trust. Though, in that case, if you were to need LTC, the income would be deemed “available” to you, though the asset would not be, since you cannot access the asset itself.

To schedule a personal consultation with one of the attorneys at Gaughan and Connealy, call us at (913) 262-2000.