Home » How to Dispose of “Stuff”

Even wealthy families are often most concerned about the possessions which they have around them. They may have financial accounts with lots of zeros, yet they are most concerned about the things which they have collected or been given over the years. At first glance, this may not make much sense because the items may not be of great financial value. But folks may have developed great emotional attachment to these items. In fact, there is a psychology of stuff and the attachment people have to their stuff. (In the extreme, it manifests as hoarding.) Here’s an article about the psychology of stuff. Here’s a humorous, irreverent take on stuff by comedian George Carlin. 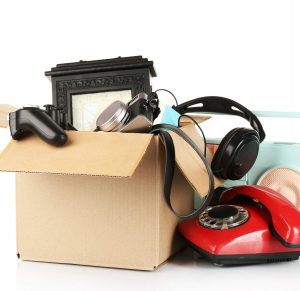 What’s the best way to dispose of this stuff? People could give the items away during their lifetime. That has many advantages, including the giver watching the joy on the recipient’s face when receiving it. But often the person won’t want to part with the items during life.

If the owner wants to wait until death, sometimes the owner wants to include a specific bequest for each item in their will or trust (if assigned to the trust). But there are several reasons that’s not the best solution. First, the person might change their mind from time to time. While they may want to give the stamp collection to Johnny today, next year they may decide to give the stamp collection to Becky who reveals herself a philatelist. If the stamp collection had been given as a specific bequest in the estate plan, the documents would need to be revised by visiting the attorney again. Next, the owner might decide to make bequests of additional items that they didn’t have before or which they hadn’t thought to bequeath when they signed their estate planning documents.

For the foregoing reasons and the ease of drafting, it’s far better to handle these sorts of specific bequests through a reference to a tangible personal property list or memorandum. Such a list or memorandum is a valid way to bequeath property in the vast majority of states. The estate planning document would reference the list. The client would then list the items on a list, indicating a description of the items and to whom the client is bequeathing the items. The client would sign and date the list. The list would not need to be notarized to be valid.

The use of the tangible personal property list or memorandum has many benefits, including its simplicity. Perhaps most of all, this method gives the client a sense of more direct control over their personal property and the items which might have the greatest emotional value to them.