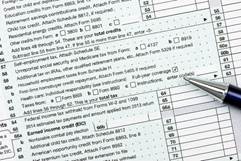 Estate planning attorneys and others in the wealth management community have known since mid-December that the amount clients can pass without taxation is now, temporarily, doubled. The new tax law doubled the exclusion until the end of 2025. On January 1, 2026, the exclusion reverts to $5 million (adjusted for inflation from 2011). Each year we get inflation adjustment figures from the Department of the Treasury in the form of a Revenue Procedure.

The exclusion amount for 2018 was set to be $5.6 million, pursuant to Revenue Procedure 2017-58, released in October 2017. So, originally, it appeared the $5.6 million exclusion doubled to $11.2 million. However, while part of the new tax law doubled the exclusion, another part changed how inflation is calculated. It’s now based on “chained-CPI.” As a result of the new adjustment method, we learned from Revenue Procedure 2018-18, released in March 2018, the exclusion for 2018 is doubled to $11.18 million, rather than $11.2 million.

If the exclusion is doubled only “temporarily,” should we use it? The answer is, unequivocally, yes. The reason is two-fold. First, it gives a lot of room for different traditional estate planning strategies, such as gifting to an irrevocable trust or a Qualified Personal Residence Trust. But, this may also leave room for using some exclusion to save income tax. For example, let’s say you and your adult daughter are extremely close. She is single and has no income. You own a stock worth $90,000 which you purchased for $40,000 and want to sell.

If you were to give the stock to your daughter and she sells it, her standard deduction amount would shelter $12,000 of the income. The rest of the $38,000 of gain would be taxed at 0%. So, your daughter would pay no federal income tax on the recognition of the gain.

But, what happens after 2025 if the exclusion reverts to $5 million (plus inflation) as scheduled? Let’s say you give away $11 million today and die in 2026 when the exclusion is $5 million (adjusted for inflation). Your estate tax return considers prior taxable gifts. Would you end up owing money for the exclusion you used while the exclusion was temporarily doubled? It does not appear so. Section 2001(g) of the IRC appears to take into consideration the exclusion at the time the gift was made and directs that Treasury release regulations clarifying this.

But, even in the unlikely event a “clawback” would occur at death post-2025, you would still be better off using your doubled exclusion. At least you would have had the use of the exclusion for several years, so that you could use it to have the assets grow out of your estate.

We now know that the exclusion is temporarily $11.18 million. There are many ways to use this exclusion, for estate, gift, and income tax purposes. Don’t let a potential “clawback” keep you from using the recently-doubled exclusion.

To learn more about the role of taxes in your estate plan, call the experienced attorneys at Gaughan and Connealy at (913) 262-2000.